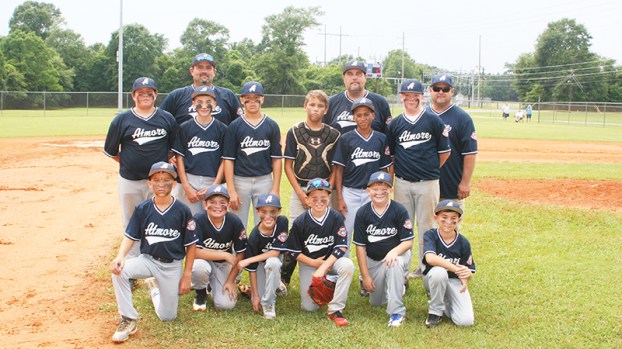 ON TO STATE TOURNEY

Atmore’s 12U Cal Ripken baseball All-Stars finished as the runner up at a district tournament last weekend.

Flomaton defeated the local team 11-0 in the championship on June 10.

Atmore’s River Ramer and Brodie Phillips went 1-for-2 each in the game.

Harper Harrison had a double in the win.

Carson Wilson, Phillips and Ryan Dove scored one run each in the fourth inning to break a scoreless game. Ramer added one run in the fifth.

NWE scored one run in the top of the fifth inning.

McGhee went 2-for-3 to lead NWE. Reid had one hit.

In a loser’s bracket game, Atmore scored two runs in the first inning, one in the second, two in the fourth and one in the fifth.

Flomaton scored one run each in the first and third innings, and three runs each in the second, fourth and fifth innings in the win.

NWE tied the game in the third inning with a run, took the lead in the fourth with two runs and tacked on an additional run in the fifth.

Atmore scored one run each in the second and fourth innings.

Flomaton tied the game at 2-2 in the fourth inning, and tacked on two runs to take the lead and win in the sixth.

Monroe scored two runs in the third and one run in the fifth.

Because of Atmore’s runner up finish, the Cal Ripken team advances to the state tournament on June 28 in Bay Minette.