Looking Back: 30 years ago, Atmore swimmers returned from…

Looking Back: 30 years ago, the Mills were back in Atmore

Editor’s note: The following column was published in the Wed., Jan. 1, 2020 edition of the Atmore Advance. Lydia will be back next week with a new column.

Thirty years ago, in 1989, Dan and Linda Mills were back in Atmore after spending seven years in Germany before the Berlin Wall came down. Linda described life as it was in Berlin during the 1980’s. She said she was glad to be back home again.

Curtis Finkley came close to being free from one sentence, but he was arrested and charged with murder in a fatal gunshot.

C. N. Graham of Oak Grove was in the newspaper showing his overly large turnips that he had grown in his garden.

Beth Lyles was one of many who had decorated for Christrnas and was judged.

Eric Marlin Jones and Joe F. Foster, both of Foley were arrestedd after a car crash that ended near Brewton. The 24-hour chase was through Escambia and Conecuh Counties.

James and Peggy Hall and rheir two sons were lucky to have gotten out alive from their home in McDavid, Fla. after an apparent electrical fire occurred at the home, The house was a total loss but no one was injured.

Masland Carpet pledged $19,877 to United Fund and matched the amount donated by employees.

Members of the Reorganized Church of Jesus Chrisr of Latter Day Saints in Atmore were displaying a live depiction of the nativity scene.

Bargain Barn had some last minute prices on various items. Clearbrook, 52 piece dinnerware set for $10; Walking Wendy doll for $12 and a radio control truck for $12. They also had Rig a Doon doll for $9.

The weather report said there might be snow for Christmas. Instead, people found frozen pipes.

The Atmore Advance was celebrating 62 years of being in business.

Lillian Henry Crutchfield and her husband James Mitchell Crutchfield, both of Brewton, were killed in an accident on Dec. 22. 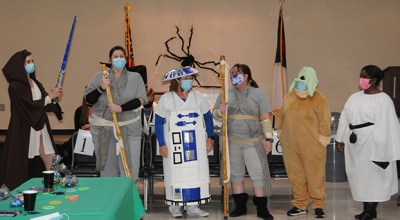 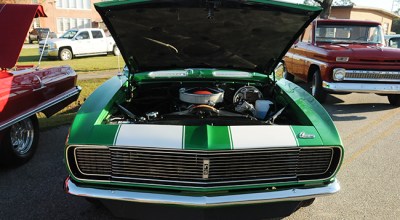